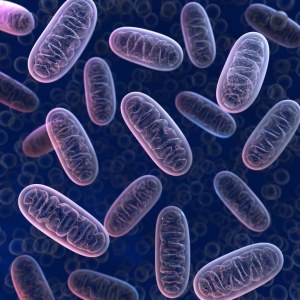 Mitochondrial peptides are encoded and transcribed by the mitochondria. These peptides can play roles in age-related diseases.

These sORFS led to the discovery of MDPs encoded and transcribed by the mitochondria.


What can MDPs do ?
MDPs, which have been identified to be encoded within the mitochondria, impart a new paradigm to mitochondrial function. These MDPs (Humanin, MOTS-c and SHLPs) can function to play roles in reviving cellular aging in disease states including diabetes, obesity, cancer, atherosclerosis and neurodegenerative diseases :

Fig 1. Schematic representation of the mitochondrial genome encoding the MDPs in the 16S and 12S rRNAs.
The MDPs are released from the mitochondria into the cytosol under stress, stimulated via metabolic aging or disease mechanisms. MDPs also are released via retrograde signaling due to free radicals/reactive oxygen species (ROS) and calcium influx.
Consequently, cell death and signaling ensues to revive normal cellular activities to help ameliorate cellular aging. An in silico search revealed additional peptides in the same region of mtDNA as humanin; named as small humanin‐like peptides (SHLPs). The identified functional roles for these peptides and the potential mechanisms of actions differ in their abilities to regulate cell viability in vitro, and hence imply roles in disease mechanisms like apoptosis.